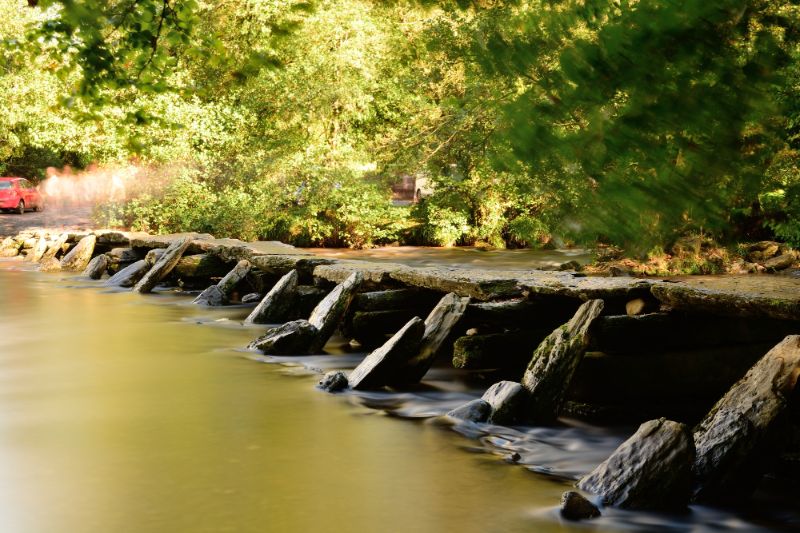 Do you love walking and hiking? I do, especially in quiet or remote places far removed from the madding crowds.

In the UK there are over 100,000 miles of trails and public footpaths, leaving plenty of options for all kinds of explorers to hike or take a simple stroll in the stunning countryside and highland mountains.

I’m lucky to travel to England quite regularly to see my family, and when I’m there I’ll often be found out walking along the coastal paths of Devon, or on Exmoor.

One of my favorite walks in Exmoor National Park is the Tarr Steps Walk, a gentle stroll down to the Tarr Steps, an ancient clapper bridge.

The beautiful wooded valley of the River Barle is also worth exploring for its wildlife, as is the heathland of Winsford Hill and its wild ponies in the surrounding countryside.

This more challenging circular walk from Dulverton to Tarr Steps is around 12 miles (20km) and should take about 6 hours.

There is a shorter circular walk from the main car park down to the river, along the riverbank for about 1.3 kilometres to a footbridge. It returns on the other side, crossing the river on the clapper bridge.

Or you can walk down a 400m path to the Tarr Steps Bridge from the parking lot.

Exmoor is loosely defined as an area of hilly open moorland in west Somerset and north Devon in South West England. It is named after the River Exe, the source of which is situated in the centre of the area, two miles north-west of Simonsbath.

Exmoor was designated a National Park in 1954.

Exmoor National Park is a unique landscape of moorland, woodland, valleys and farmland, shaped by people and nature over thousands of years. Where high cliffs plunge into the Bristol Channel, and cosy pubs and tearooms offer delicious local produce.

Exmoor National Park is not a wilderness, it is a living and working landscape with many settlements from small towns and picturesque villages to tiny hamlets and isolated farmsteads. You can learn more about the park here.

Exmoor is set deep in England’s green and pleasant West Country, and early summer is a beautiful time to walk here when the fields are green and the trees are bursting with new buds, and if you’re lucky you may see fields and woods full of bluebells.

But don’t dismiss Autumn either, when the deciduous trees are turning gorgeous shades of red, gold and burnt sienna, or even deepest winter when on a crisp day with watery sun shining and a white frost on the ground you could imagine fairies at play in the hedgerows.

What are the Tarr Steps? The History and the Myth

The Tarr Steps is the place of legends and ancient history. They form a bridge over the River Barle near the pretty village of Withypool.

Tarr Steps is actually one of Britain’s finest Medieval Clapper Bridges (clapper means ‘pile of stones’) and it’s set within the Barle Valley in a National Nature Reserve that covers about 33 hectares.

The clapper bridge dates back to about 1000BC.

The name ‘Tarr’ is thought to be derived from the Celtic word ‘tochar’, meaning ’causeway’. At 59yds (54m), Tarr Steps is by far the longest of the 40 or so clapper bridges left in Britain. It consists of 17 giant slabs of stone linking the Somerset villages of Withypool and Dulverton.

Myth will tell you that the Devil built the bridge, promising to kill anyone who attempted to cross. After the mysterious disappearance of a cat sent to cross over and a parson who stood his ground with the Devil in the middle of the bridge, the Devil decided to allow people to cross.

He had one stipulation – people would be banned from the bridge in the event of him choosing to sunbathe there. And we all know in England that wouldn’t happen often so I think you’ll be safe on your Tarr Steps hike!

In December 2012, after thousands of years, the massive boulders were washed away by a flood – a 10 foot wall of water came cascading down with huge uprooted trees, and the bridge has only just been reconstructed.

You can read more about the Tarr Steps flood here.

But what a season to go walking. We had mapped out a 10km route and with spring still a-lingering I was thrilled to discover there were Bluebells everywhere you looked and didn’t look (Tip: late May is a great time for Bluebells).

The Barle River flows through thick woodland, oak, beech, ash, sycamore, hazel and blackberry. Leaves were bursting into every colour green you can imagine.

We hugged the river and then climbed high onto open moorland where a windy squall and black cloud of rain had me thinking of the novel Lorna Doone which was also set on Exmoor.

The amazing birdlife and wildlife on Exmoor

I don’t think you can beat the melodic sounds of English birdsong, which today was loud and strong in the woods and hedgerows.

We even heard a cuckoo – near a bog – yes there are bogs to beware of on Exmoor. And a Skylark.

Then we saw a blackbird with a dragonfly in his beak. He was obviously taking it to feed his young as he wasn’t going to move far away from us, and seemed to be protecting his nest.

Did you know there is research to suggest that the sound of birdsong has a calming effect on us in times of stress, and that houses with birds in the garden sell quicker?

Can’t prove it myself, but I know I tend to seek out birdsong wherever I am.

I loved the mosses, liverworts and lichens that we saw in the cool damp understory.

Exmoor is known for its great variety of habitats and abundance of wildlife. Thanks to its spectacular moorland, rich oak woodland, clear streams and dramatic coastline, you’ll find species such as majestic red deer, elusive otters and some of the UK’s rarest butterflies and bats.

One of the more famous species in Exmoor high on any wildlife lovers bucket list, are the commonly spotted British native ponies. The ponies are only ‘wild’ in the sense that the herds roam freely on the moor, for all the ponies belong to someone.

Exmoor is so important for wildlife that almost a third of the National Park is protected under UK and European law.

Getting to the Tarr Steps Walk in Exmoor

Tarr Steps is about 3 hours from London by Car just off the B3223 between Withypool and Dulverton. Trains run from London Paddington to Taunton, Tiverton and Exeter from where you could hire a car.

There is a shorter circular walk from the main car park down to the river, along the riverbank for about 1.3 kilometres to a footbridge. It returns on the other side, crossing the river on the clapper bridge. The main car park and toilets are about 400 metres from the bridge via a footpath.

The Old Tarr Farm Inn far from the madding crowd

Above Tarr Steps is the ancient Tarr Farm which has been there since Elizabethan times.

It’s a tranquil spot. The nearest roundabout and traffic lights are about half an hour away, so don’t expect a mobile phone signal.

Tarr Farm Inn itself is oldy worldy and the restaurant is open from 11am to 11pm plus there is comfortable country living accommodation if you want to stay the night.

7 Things to do on Exmoor National Park

Other posts on England you may enjoy

Comment: Have you explored Exmoor National Park? Do you have any other great hikes or walks to recommend? 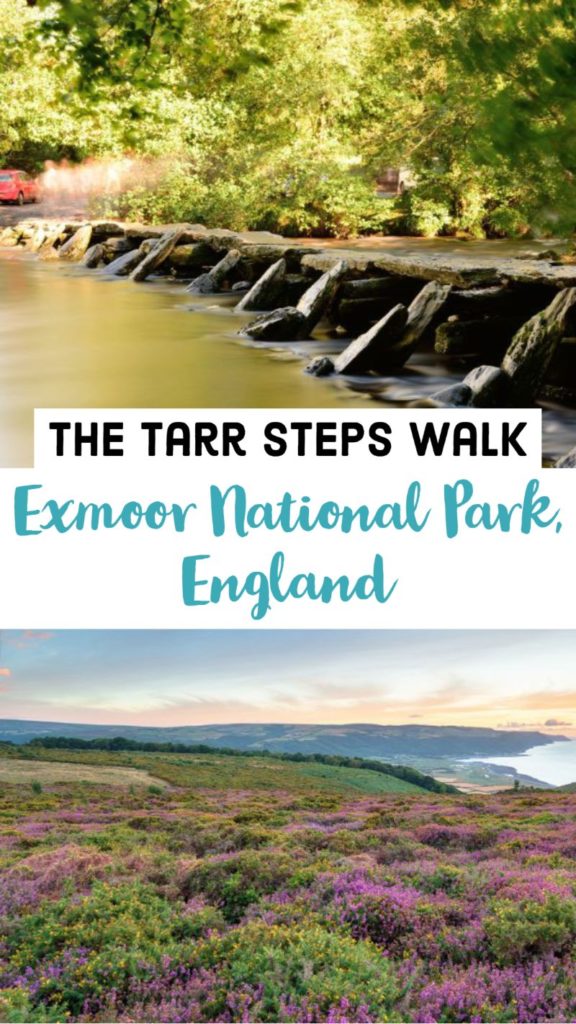