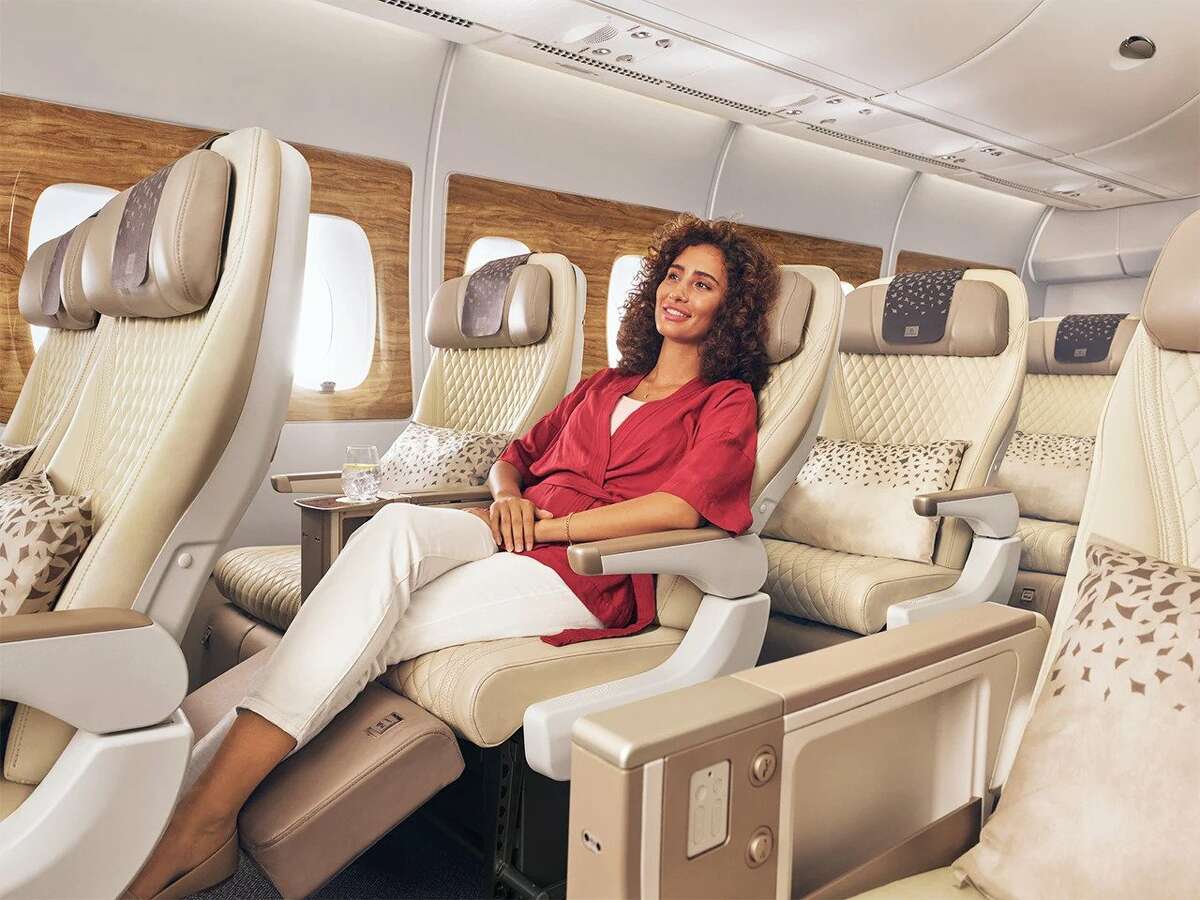 Premium economy is often just more legroom — but not on Emirates

If you want a smoother long-haul flight without paying the sky-high prices for business or first class, premium economy might be your cup of tea. Emirates’ new premium economy class just launched on Aug. 1 on routes flying between Dubai, Paris Charles de Gaulle, London Heathrow, and Sydney, and it looks like every bit of class you’d expect . 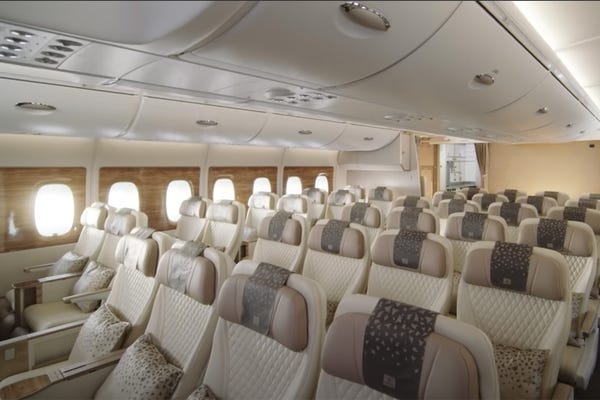 Even though you’re not officially in first class, you’ll feel classed up, especially if you’re used to flying economy with certain domestic long-haul airlines. Located at the front of Emirates A380 aircraft, the 56 premium economy seats are ideal for getting off early at the end of a long flight and/or tight connection, and the two-four-two layout lets you sit easily with family, your partner, or only deal with one stranger. Each chair is quilted with creamy fabric and come ready with a small pillow for your back. The headrests are adjustable, the seats are wider, and there’s a deeper recline for better rest on board, too.

Entertainment and food-wise, there are major perks with the new design, too: The seats feature a small side table for your drink, while the tray tables are made from polished woodgrain. Meals are served on Royal Doulton china and come with stainless steel cutlery wrapped in a linen napkin, so things feel less desperate and more polished during an otherwise exhausting day. The inflight entertainment system has also been upgraded with a 13.3-HD TV, bluetooth earbud pairing (so you can BYO), and a higher-speed WiFi service — and in-seat charging ports keep all the devices juiced up during the flight.

The premium economy cabin’s new design can be found on the six A380 planes flying between Dubai, Paris Charles de Gaulle, London Heathrow, and Sydney beginning Aug. 1, with premium economy coming to Christchurch flights in December.

Emirates flies out of San Francisco (SFO) with a connection in Dubai (DXB) to Sydney (SYD), with itineraries in premium economy open now. You can book direct on Emirates or through online travel agencies like Kayak and Expedia.